But It Isn't Real 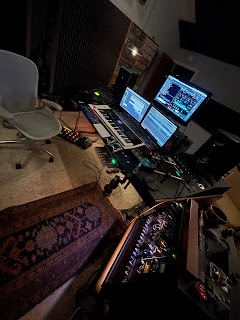 The virtual orchestra. The virtual band. It's all still music composition and production and requires a great deal of taste and skill. What goes into a production like this? It’s a MIDI sequencer program using sample libraries created by the recordings of real performers in studio. So the sounds of the instruments are indeed the real thing but the performance must be produced to work within the composition at hand. While the instrument is not being "performed on" by the producer of the recording, the performance is indeed still constructed in much the same way a player would construct the performance. The performances of each instrument are initially played on a MIDI keyboard that inputs the data into the computer sequencer. A great deal of empathy must go into each part just as if the part is a real performer but it will always be a simulation at best. The Work It begins with the creation of the overall song structure & composition (chord progression, melody etc),
1 comment
Read more